Is there a way to run a script in a batch?

posted Dec 16, 2022 11:31:32 AM
0 129 4
Turn on suggestions
Auto-suggest helps you quickly narrow down your search results by suggesting possible matches as you type.
Showing results for
Search instead for
Did you mean: 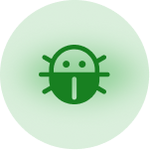 I currently have a script that is set to execute on the click of a button. It works really well, but I've increased the amount of records I'm doing this with and clicking the button 500 times, one record at a time, is quite tedious.

The script is pulling in information from an API and due to AirTable's 30 second limit, it's only capable of doing a handful of records before failing.

Is this possible at all? I've tried doing it for new records added to a view, but I would still have to add each record to the view one by one as it will group the records together and try to do them all at once when they're added to the view.

Are you running the script as an automation that is triggered by. Button in an interface?

Sorry for the not explaining it better originally.

I originally setup the script outside of any type of automation, solely trigged by the click of a button via script extension. That has worked well, but with the increased number of records I'm working with I need to try and automate the running of the script, rather than clicking on a button for each record to trigger the script to run.

I've tried to use the automations tool, but have run into a dead end.

The script is calling an API and it results in written content being input into a specific column for the record. I believe I would need to have it run the script in full for one record, then once completed move to the next record and have it run again.

If you really need the script to run from an interface button, you could write the script so that it processes as many records in a view that it can, but still stop before hitting any of the limits. The system should also be set up so that the script can be chained together across multiple scripting actions so that you can repeat the script in another action in case there are records not yet processed. You may be able to complete all the records in a single  automation run, give that you can have 25 actions in a single automation run. If you might need more than one automation, you can either click the button again after the first automation run finishes, or you can set up a system where the first automation run triggers another automation if there are more records to process.

Depending on the details, the answer is either yes, or yeeeeeeeeeees. 😂 Some scripts that trigger an action, that need to be clicked 500 times for an action to execute 500 times can be very straight forward to convert into a one-click affair, or, they can be a bit of a under-scoped nightmare with dragons lurking. We'd need to see some kind of example script/screenshots to judge if it's a 2 second solution or 2 day solution... or 2 week... month? ... Years?