Converting string to array for creating record with multiselect field

posted Sep 1, 2021 8:55:45 PM
Topic Labels: Scripting extentions
0 2241 7
Turn on suggestions
Auto-suggest helps you quickly narrow down your search results by suggesting possible matches as you type.
Showing results for
Search instead for
Did you mean: 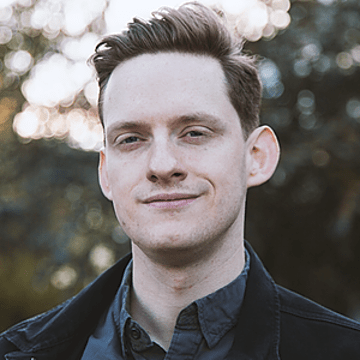 One of the inputs to my script is a string which needs to be reformatted such that it will be an acceptable value for a multiselect field when creating a new record.

There are three possibilities for the string:

I know the format below is what I need to convert it to, but I can’t figure out how.

I’m omitting all the things I’ve tried which haven’t worked. I’m going to use the create records action instead of a script action until I can figure this out. Below is the skeleton of the script action I was using with some ??? where I was stuck.

Any help would be greatly appreciated! In the meantime, I’m leveling up my Javascript skills.

You can convert a string to an array using split.

You will then need to convert the resulting array into the write format. You can do that using a loop or a map. It depends on your comfort level with the different syntax and what additional processing you might need to do, such as checking for invalid values.

Hi @kuovonne! Thank you for the welcome and direction.

I was able to use split and map to convert the string to an array and then into the write format. Now I’m trying to declate functions to do this which will take the field name as the argument, but I’m falling short. Any other hints would be appreciated. I know this is remedial so thanks for your generosity and patience!

I’m leveling up my Javascript skills.

Congratulations! Learning to code can be very rewarding.

Now I’m trying to declate functions to do this which will take the field name as the argument, but I’m falling short.

It looks like you are using the last two methods, but not the first one. Many JavaScript courses will cover this information. If you would like personal coaching on script writing and these three different methods of creating functions, you can book an appointment with me.

Welcome to the community! You’ve got a lot of good advice here already, so I’ll try to keep this short and only list a few more things that came to mind while reading your code snippets:

Do not mutate data if you can help it; unless that’s your explicit goal.

Always be cloning stuff instead. All modern browsers and popular runtime environments like Node use JS engines with excellent garbage collection, so why not take full advantage of that instead of hunting mind-numbing type errors every other day?

The way you’re using that Multi_Select_Field variable, for example, is how type errors happen. No matter how experienced you are; if you keep dragging the same object through a score of functions, you’re basically setting yourself up for failure. Especially within the limited, heavily sanitized environment of the Scripting block, far away from the safety provided by AI-infused linters and whatnot.

You don’t have to worry about the ‘why’ just yet but the short story is that JavaScript’s single-threadedness and prototypal duck typing are basically a recipe for an infinite source of gotchas befuddling both newcomers and veterans alike.

Making it all the more important to develop good habits early on:

EDIT:
Oh, and regarding code, I’m not sure why are you querying the field as a string, it just makes serialization more annoying and convoluted, as is the case here:

Regardless of whether the field you’re querying has colored selections or not, it would be easier to just query it with a getCellValue method an filter out the things you don’t need instead of pulling a string representation of an object and then ducktaping that data back into an array.

Right now, this function probably isn’t even doing its job, in spite of all the effort, because some of the special characters haven’t been properly escaped. Even if that wasn’t the case, I’m like 65.12% sure that ‘?:’ invalidates your entire capture group, while the double \s* patterns most likely aren’t doing much, either.

If all of your multi-select options consist of a single word, you could salvage the getCellValueAsString approach by doing something like:

The split pattern slices the string at every word break, while the filter takes care of empty-string tokens that this approach generates, leaving you with an array of individual words.

Alternatively, replace the /\b/ with an /,/ (or just ‘,’) if you’re dealing with multi-word selections. And if your selections have commas in them, then it’s probably time to start rethinking your base design before throwing elaborate regex patterns at the problem lol.

I’ll try to keep this short and-

Thanks for both of your replies. I am going to take the advice to heart.

@Dominik_Bosnjak
The background for this is users fill out a form built on Typeform. We use Zapier to add each submission to a “Submissions” table in Airtable. Answers to a multi-select question in Typeform are treated as strings: “option 1, option 2”. For each new record on the “Submissions” table, I am trying to create a new record on another table (“Table2”, let’s say). The script needs to take that string—“option 1, option 2”—and convert it to the write format of the corresponding multi-select field on “Table2”.

It can be difficult to develop these habits on your own because these are practices are a matter of style. The purpose of these habits is to make it easier for humans (including our current and future selves) to develop, debug, and maintain our code. The computer running the code doesn’t care about these things, just as it doesn’t care if it spits out the result you want or not.

variable naming might be the single most deceptively difficult skill to pick up in any language;

Back when I was in grad school, I thought variable naming would make an interesting research project. I still do.

The computer running the code doesn’t care about these things, just as it doesn’t care if it spits out the result you want or not.

That reminds me of this classic:

@leggomyi, your convertArrayToWriteFormat function returns undefined because of the needless curly braces. The return would have been implied otherwise.

But you could have simply ended that section by writing arrayInput.map(obj => obj=({name:obj})).

So long as your code is still readable and acts the same, you should always strive for brevity because a smaller code base means fewer bugs.

Case in point - a probably better solution would have been to use Array.prototype.reduce to skip most of that final snippet of code you’ve shared.

Other than that, I’m not following the train of thought that led to the confusion referenced by that final comment; you called the createARecordAsync function and provided it with a single key-value pair. That’s always going to result in a single cell getting filled - at best.

Other than that, you probably aren’t aware that if you named your format variable Format, or had an all-lowercase field name, you could have just called the createARecord function like this:

The parameter destructuring happens automatically whenever an object property has a namesake in scope, as is almost the case here. And creating that sole record is such a trivial microtask for Airtable and what I assume is the underlying Node infrastructure that you probably don’t need to await that call. Especially since there’s nothing to await - this being your final act in this script and whatnot.

This reminds me of another good habit you ought to at least try to pursue consciously = testing early and often. Even if you’re on fire and spend a whole day coding to the point of writing 700 perfect lines of code, you’re still going to waste twice as much time finding that one typo that tripped up the interepreter than what it would have taken you to finish if you were less eager and more paranoid.

‘Defense is the best offense’ isn’t something that often rings true but defensive coding is how you keep your sanity and continue improving - assume you’re always making mistakes, never stop testing your code, and no matter how much you mess up, you’ll tend to catch your own missteps early, before the frustration sets in and prevents you from learning something from them.