posted May 18, 2021 8:27:28 PM
0 445 2
Turn on suggestions
Auto-suggest helps you quickly narrow down your search results by suggesting possible matches as you type.
Showing results for
Search instead for
Did you mean:

I’ve seen this question posted here before but since it’s been a while I figured I could bump the topic. I’ve recently been trying Notion, hoping it would solve some of my issues with files, spreadsheets, documents, projects that are spread across multiple platforms (including Airtable) in my digital universe, by trying to collect them all in a single “dashboard” or “launchpad” where I have access to everything from a single place.

While initially falling in love with it, there’s just a few things that are limiting and therefore I want to continue using Airtable for the time being. However there is one thing that Notion does really well, and that’s the cross platform design.

I recently bought an iPad for an upcoming project where I’ll be using the iPad as a shared device for team members to access the database and other shared tools, and one of the strongest selling points for me diving into Notion was how well it works on the iPad. The tables are laid out exactly as they are on the desktop app and the experience of navigating within the tables and across multiple pages is seamless and easy on the eye and mind,

So upon partially giving up on Notion (I’ll be trying Obsidian next), I figured I’d check my old Airtables on the iPad, and as you can probably tell where this is going, it just doesn’t cut it. The columns are about 100px wide, long enough for about 20 characters, or about 2/3 words, cropping the majority of the content in pretty much every column unless it’s a tick box or a couple short tags. While the vertical borders seem draggable (or offer enough “grabbing” space to do so) you can’t actually drag them wider. To be fair neither does Notion, but the fact remains that the latter displays the tables correctly.

One of the databases I have on here is the one that I’ll be using for the team project next month, and the fact that this is unusable on iPad means that I’ll have to transfer the data to another platform. Maybe even going back to Notion again… it’s a real shame as I love airtable and its features, but I need this working on the iPad. I read in other posts that the iOS isn’t really a priority for the Airtable devs, and I can appreciate why, but I wanted to share my experience in the hopes it can inspire the creators to give the mobile platforms a little love. I think it could go a long way, specially when competitors like Notion are doing it so well.

What do you guys think?

I agree. Airtable’s neglect of the mobile experience has been very disappointing to say the least. I lost at least one lucrative client because of the mobile fiasco.

I would send an email to support@airtable.com about this to let them know how you feel about their complete neglect of the mobile experience.

Sadly, though, Airtable has proven to be a company which prides itself on ignoring its users’ needs. 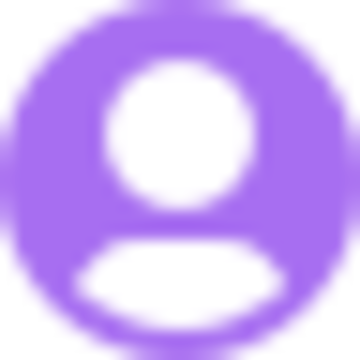 Can’t say that I’ve seen much evidence that Airtable is particularly interested in users who do not sit in front of a monitor at an office desk… or about security, but that’s a seperate issue.