posted Sep 10, 2021 12:16:04 PM
1 1556 7
Turn on suggestions
Auto-suggest helps you quickly narrow down your search results by suggesting possible matches as you type.
Showing results for
Search instead for
Did you mean: 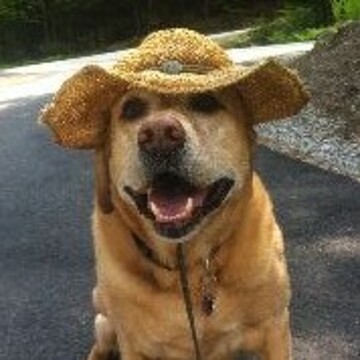 I just made my first Script app writing my own custom code :tada: and wanted to share :blush:

Context: I am working with a base that has gone through several iterations of development and am trying to resolve some contradictory data sets. Specifically, for a directory of people who get assigned a “level.” There are five different fields to compare and resolve so as to make a single source of truth for each person. My fiirst step is to identify where there are mismatches across the five fields (a rollup, two lookups, and two single-select fields).

My first thought was to use a nested IF() ƒormula, but I found it difficult to construct the matching logic for the fields values and for when any them are without values (i.e. blank).

My next thought was to use an array formula to make an ARRAYUNIQUE() out of an ARRAYCOMPACT() values (i.e. remove the blank values, then look for unique values). To my surprise, the Array functions are only applicable in Rollups or when the field invoked in a ƒormula is a lookup - never crossed that nridge before with Airtable ƒormulas :astonished: Per the Formula reference page: “Note that array functions can only be used in rollup fields or when the input field is a lookup.”

So, maybe there’s a simpler ƒormulaic way, but not finding a solution with my first couple of ideas, I decided to give a Script app a go at finding mismatches (and then adding a :white_check_mark: to a Checkbox field).

This was also my first time using the options with selectRecordsAsync (to avoid the future deprecation). Specifying the fields definiitely makes a big difference in performance!

Per the comments, I have a lot of questions. Specifically regarding:

If you have any answers or suggestions on how I could improve my script, I would love to hear from you.

selectRecordsAsync default sorting, am I seeing things right? I couldn’t find the default behavior documented, so it made me wonder.

From what I know about JS’s internal sorting methods, there is no default sorting. That is to say, the order isn’t guaranteed. Not unless you specifically sort your query result. If you’re dealing with massive data quantities, investing a few hours into implementing a straightforward bubble sort tailored to your particular use case will be worth the hassle before the day is over - the performance difference is still staggering, even in 2021.

Field names, ids, or even entire objects (like if you did base.tables[0].fields[0]) are fair game.

I don’t understand the issue. Null values are awesome because as far as relational databases an JS are concerned, the absence of evidence is clear evidence of absence.

If your code is getting tripped up on null values, though, just preface the cell query with a question mark:

The built-in linter will even warn you about possibly null values in most cases, so shouldn’t be an issue.

But you could just use Object.keys to iterate over both arrays and objects, assuming the issue here is how to loop throught the entirety of passed data.

Solutions for handling tier limits of under 50 updateRecordsAsync at a time?

Thanks so much @Dominik_Bosnjak!! :heart_eyes:

re: the behaviour on null, this was the error message when querying the value of a “Single-Select” Field object:

This code invoked the error:

So I chose the ternary expression:

Not sure why the ternary is needed. I tried the question mark syntax within the for (let q of query.records) {...} block, but that threw the same error :thinking:

Okie, I’ll try to help the best I can then:

Because you’re already experiencing the inconvenient limitations of imperative programming: micromanagement is cumbersome. It has its uses if you’re, say, rendering 3D graphics using godeffin HTML, for example, but that’s David Blaine territory.

We just need to filter a few arrays. How hard can it be? :grinning_face_with_sweat:

So, there you have it: if you’re going to power through mindbenders like that one, functional programming is the way to go - forget about the how and just tell the heap of silicon in front of your what is it that you want. Which reminds me, we have now successfully… marked a few checkboxes? Yeah, remember that part above about having a plan haha?

Just to be clear: this happened to be a pretty ideal case for showcasing the strengths of FP: everything you learned beforehand about loops and key-value manipulation in objectss is valid and very much relevant. But no one can be expected to pick out the correct tool for the job if they haven’t even seen half the toolboxes JS has to offer. And it kind of seems like you’re ready to make that step. If only because you sound too chill with your recent failures, so maybe learning about currying raises your blood pressure to a functional temperature. :joy:

This code invoked the error:

First reaction in this type of case should be duct-taping your data flow with optional chaining.

Not sure why the ternary is needed.

Pls don’t ever say a ternary is needed or you’ll jinx us. :joy:

It works because you do the chaining part in a roundabout way while going “zero means zero”. See the above post for a detailed explanation, you’ve posted this reply just as I started drafting that wall of text, so I ended up missing it.

Thank you so much - your insights and kind words are very much appreciated. There’s a lot here to review. For now tho, I do have map, filter, & reduce on my radar and just completed chapter four of Eloquent JS :slightly_smiling_face:

One note though about the ARRAYUNIQUE() suggestion… when I use that with the fields and & ',' & I just end up with a comma-separated string listing all the field values, i.e. not a short list of only the unique ones :man_shrugging:t2: Am I missing something?

The bigger prize, however, has definitely been in taking this as a learning opportunity to get better at Javascript and functional programming. Thank you (and apologies for jinxing everyone, and praise Cthulu!! :joy: )

One note though about the ARRAYUNIQUE() suggestion… when I use that with the fields and & ',' & I just end up with a comma-separated string listing all the field values, i.e. not a short list of only the unique ones :man_shrugging:t2: Am I missing something?

My bad, I was thinking about doing an object literal like this:

Then just polling that single cell value with a script. At which point we’d go straight to the aforementioned spread syntax that surfaces uniques:

But since there are only five fields, you could definitely still wing it with a few regex_replace calls to check for duplicates. Though writing it out is definitely more elegant.

EDIT: Here’s a succinct high-level overview of FP. The author does a good job explaining the reasoning behind it without glossing over the shortcomings. Her coding style should also be a notch easier to follow than the final snippet I shared above, most notably because she uses function declarations over expressions.