The Past, Present, and Future of No-Code

posted Jun 30, 2021 6:15:31 AM
0 416 1
Turn on suggestions
Auto-suggest helps you quickly narrow down your search results by suggesting possible matches as you type.
Showing results for
Search instead for
Did you mean: 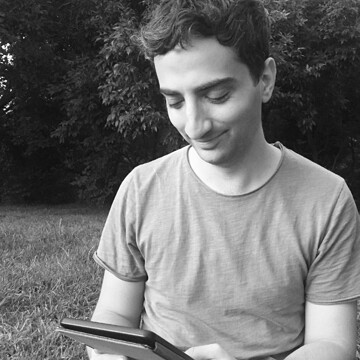 As an active member of the no-code community, we at Softr always closely follow the developments within the no-code movement. Therefore, we’ve started a series of articles on no-code to share our thoughts and observations on different aspects of the no-code universe.

The first one explores the evolution of no-code, its current developments, and future perspectives: The Past, Present, and Future of No-Code

When people think of code, they often think of lines of text in a text-based code editor. I have a slightly different view of what constitutes creating code. For example, many people think of Integromat as a “no-code” platform, but creating an Integromat scenario requires all the logical thinking that goes into writing code, just not the actually command line typing. Many “learn-to-code” apps for children don’t involve any typing–the code is all built with drag-and-drop, point-and-click elements.

Another issue that I see is that many times people think “no-code” means that you don’t have to be a developer. However, as these “no-code” platforms expand their capabilities, the need for developers will still be there. It is just easier than ever to become a developer. Even if you do not need to type lines of code to create a system, you still need to take the time to learn the platform, its capabilities, and its limitations.

I see these “no-code” platforms as tools, similar to the development of pens, typewriters, word processors, etc. Before, in order to write a novel, you had to be able to handwrite pages and pages of text and convince a publisher to print the book. Now, someone can write a novel by dictating into a computer and self-publish. The mechanics of creating the novel is easier, but the heart of the novel still needs to be the author who comes up with the ideas and puts them into words. So too with apps, the mechanics of creating an app is easier, but you still need a creator/developer involved.