posted Dec 6, 2022 8:48:35 AM
Solved
Jump to Solution
0 362 4
Turn on suggestions
Auto-suggest helps you quickly narrow down your search results by suggesting possible matches as you type.
Showing results for
Search instead for
Did you mean: 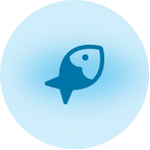 I am trying to use Airtable as a resource to build concert programs for a music organization. I have one table (called Compositions) that contains what will be a very large list of compositions, and each composition may have anywhere from 0 to 6 movements. The movements are currently input as text fields. I have another table called Program Builder where I will be selecting from those compositions and the movements contained therein.

I have successfully linked the Program Builder table to look up compositions from the Compositions table. However, for any given program that I'm building I would like to be able to select specific movements of that composition, but not necessarily select all of them.

For example, I have the composition Cello Suite No. 3 in C Major, BWV 1009 which has six movements:

So for example, when I'm using my Program Builder, I can select Cello Suite No. 3 in C Major, BWV 1009, and once that is selected I would ideally like to have a field called Movement(s) which would be a drop-down menu that is populated by the six movements associated with that composition, and I could select the appropriate one(s).

Is that possible? Any guidance would be greatly appreciated

Hi Andrew, off the top of my head I don't think that's easily doable natively; hopefully I've overlooked something and someone else can suggest something

You should be able to view the code and you can just copy the code into your own base and try it.  I've tried to set up the code in a way that's customizable in terms of the relevant tables / fields, but if you do end up having issues with set up feel free to private message me a link to your base and I'll see what I can do

Adam - this is a really fantastic solution, can't thank you enough for this.

Not to push my luck, but is there a way to set it up so that you have the option to select multiple (or even all movements) for a given program? For example, in your base that you set up, could it be that in Program 1 you could select Mvmt I in addition to Mvmt V? Not sure if that would all populate in the same cell, or if each selected movement would populate its own cell (i.e. we could call that single cell Selected Movement(s) if they all populated there, or set up subsequent columns called Selected Movement 1, Selected Movement 2, etc... if each selected populated a new cell). The Selected Movement(s) scenario would probably be most useful for our use case.