How to add limits on Airtable calendar

posted Dec 3, 2021 6:06:00 AM
0 297 1
Turn on suggestions
Auto-suggest helps you quickly narrow down your search results by suggesting possible matches as you type.
Showing results for
Search instead for
Did you mean: 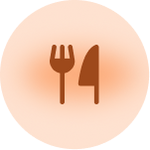 I want to add limits on my calendar view, so that I can add the opening time and the ending time of my office.
I want this because sometime some tasks are planned for 6 hours, and those 6 hours are distributed between 2 days. Adding opening and closing limits to each day on my calendar will avoid having the 6 hours assigned to 1 day.

The kind of automatic splitting of a task across multiple days is probably doable, but not in the way that you describe. Setting it up and maintaining it would be a pain, largely because of what you’d need to do to your task records to pull it off.

Remember that each entry on a calendar view represents a single record. To have a task appear to be split across multiple dates, you’d need two records for the task: one for the portion that’s on the first day, the other for the remainder on the next day. This kind of split could be set up with the help of a script, and with a robust-enough setup you might be able to interactively drag the record around on the calendar and have the split auto-update (though not in real time). That said, my gut says that such a setup would be more annoying to use than actually helpful.