posted Apr 6, 2018 7:59:20 AM
11 9672 12
Turn on suggestions
Auto-suggest helps you quickly narrow down your search results by suggesting possible matches as you type.
Showing results for
Search instead for
Did you mean:

[Note: As this process is a crucial part of a number of other Airtable routines — for instance, finding the latest/first/largest/smallest something of a group of somethings, or [seemingly] any method allowing the value of a field in one record to be used in a calculation performed from a different record — I find myself entering it increasingly frequently. To save my fingers and others’ patience, I’ve decided to create a post dedicated solely to the process I can later reference as needed.

At this point, lookup and rollup fields can be defined in [Calc] that act against all records in [Main]. For instance, if each [Main] record contains a {Date} field as a timestamp, rolling up {Date} using the aggregation function MAX(values) will reveal the date of the latest record.[1]

Note: This process only serves to link existing [Main] records to [Calc]. Going forward, any new record added to [Main] also needs an explicit link to [Calc]. If performed manually, this adds but two mouse-clicks — one on the plus sign in {Link to Calc} to drill through to the list of [Calc] records and a second to select the record named '.'. Alternatively, creation of the link can be automated through the use of a third-party middleware service such as Zapier. In the case of Zapier, the routine to create such a link would be considered a two-step Zap and can thus be executed even by a free account.

Hi, I have managed to complete the above sequence and that works fine. I am however having trouble with the rollup. I have a column that specified gender and I want to be able to do a count of (percentage would be even better) for the number/percentage of females/males in the table. I have tried various formulas like: Countall(“Male”) or Count(CountAll(“Male”) but not working.

Sorry if this is not the correct place to post.

In your case, in addition to the all-to-one link, you need a few more steps:

Now you can use {Males} and {Females} in your calculations table to calculate a percentage (or whatever). If needed, you can then pass the calculated value back to [Main] using a lookup field.

Hi, thanks for the reply and the steps. Tried it out and it works however I have a lot of similar data that I want to be able to report on the overhead of creating all these fields for each option seems a lot. I assume then that the basic functionality doesn’t exist in ‘Pivot Table’ blocks ?

Set the value of {Link to Calc} for every record in the table to equal ‘ . ’ — that is, the period character. This can be done

@W_Vann_Hall Hi, this was so helpful! I’ve followed the steps above but am wondering now how I can calculate % based on this total. On my ‘Main’ table I have a questions that is either Yes or No, I want to calculate the Yes out of the total - can you help? 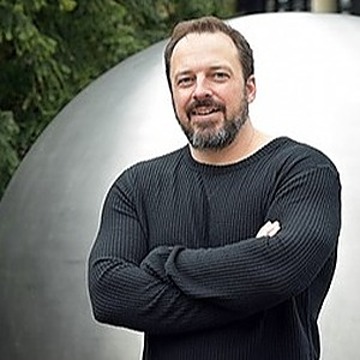 Thanks a lot for the instruction. I replicated and it works perfectly.
I also found another more easier way to populate the ‘.’ text into the new records, without Zapier or any other external systems.
I just add an automation on a table, when a new record is added the automation updates my fileds {Calc} with the value ‘.’. Works even with free airtable account.

I am very interested in seeing this in action. When I go to create an Automation I do not have the ability to update my Calc Field because “it is computed” How do I get around this?
Thanks
Jon

{Calc} is not computed filed but it is Link to another table field.

P.S. In that other table, there is one line, first column should be ‘,’. Then it all works.

Yeap I pushed my way through that. So now I have references to all my records and using a formula I am able to create an array out of the names of those Applications
CONCATENATE(ARRAYJOIN(Applicants),“”)
So it returns “Jon, Steve, Tommy” etc… However, what I am looking for is not their Names from those records but another column. In my case it is called “CCS Record Number” I need these in array so I can compare to a server generated ID to make sure there isn’t a duplicate. Using my formula to create the Applicant names, how do I pull the non primary field?

I made a smaller lightweight view of what I am trying to do. What I need is the “Applicant ID” to be pushed up into an Array, like I have done with All IDs, but that is grabbing the Primary name.
Thanks!

Hey. Once you linked the tables you can pull all other columns via Lookup function.