BIG base - has anyone encountered slow performance?

posted Mar 17, 2020 4:19:17 PM
Topic Labels: Base design
3 7649 4
Turn on suggestions
Auto-suggest helps you quickly narrow down your search results by suggesting possible matches as you type.
Showing results for
Search instead for
Did you mean:

I have a big base. 44,740 records.
This thing is slow!
Searching / scanning a barcode via mobile phone almost halts the app.
Desktop experience isn’t much better.

Is it just me? anything I can do or is it a server issue? 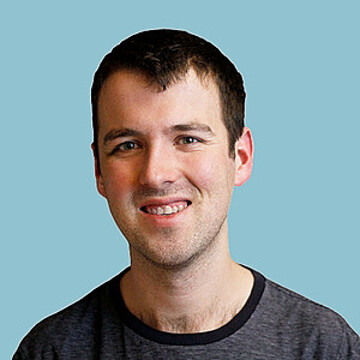 Improving Airtable’s speed and performance is and will continue to be a top priority.

In general, base performance will improve as a base is simplified, and these improvements should be realized automatically as changes are made. Here are a few suggestions that may help improve performance:

This is a sure sign your data model design could use some rethinking. Consider these points:

While in actuality, you are indeed right, I still argue that this situation shouldn’t happen.

It is to a soccer mom. :winking_face: Which is equally as irrelevant as your statement.

Okay - so with the levity out of the way, let’s unpack this a bit more.

Jamming a 50,000 record table with 1,000 fields into the active memory of a cell phone might be considered “big”. It depends, right? It’s possible, but there are mitigating factors such as caching architecture of the device; available storage on the device, and the biggest one - speed of the storage system on the device.

I still argue that this situation shouldn’t happen.

Indeed, it shouldn’t. But, I suspect we can also agree that invariably, vendors will bring forth products that are inconsistent when it comes to customer expectations and industry standards. Airtable has a well-documented [public] history of performance issues dating back to 2016. I used that data to avoid squeezing my clients into a possible bind. And I have also helped a few clients recalibrate their expectations by showing them how to simulate a 10 million record (Air)table.

I’m a paid client, so if Airtable sets the limit at 50K, they should understand what SLA means.

Agree. They should. I’m not defending Airtable per-se, but it’s my experience that any database with a [stated] relatively low ceiling is probably one worth running a few benchmarks against before building anything or relying on that statement. It only took me an hour to build the tests to validate that while 50,000 records were possible, it was certainly not a recommended practice.

Google advertises 5-million cells as the ceiling; Airtable advertises 50,000 records for its ceiling. You do see the missing variable in this statement, right? I’m afraid of widths, not heights.

A Google sheet with 5 million cells (populated or not) looks and feels a lot like Airtable with 50,000 records. What does that indicate? It tells me that the tipping point is not likely the underlying architecture; rather, it’s the limitation of the underlying compute stack typically employed.

My assessment is that neither 5 million cells or 50,000 records will ever be performant given today’s commonly available consumer devices.

running the code on a samsung S20 connected to a fiber.

I’m not an expert in matters of the S20 processor, memory, or 5G, LTE, and fiber. But I do know that fibre connectivity is gated by massive infrastructure including “small” cell towers that act as repeaters. Without enough nearby small towers, your 5G “fiber-backed” experience can be abysmal. And even if you are getting fairly good connection indicators, you have other factors to consider including the architecture of the device itself. Just saying 5G and Fiber doesn’t magically mitigate it as the potential cause of the sluggish performance. I would not be so quick to rule out connectivity and/or the compute stack as a suspect because there are numerous reports of S20’s struggling when low on storage (for example).

It’s my experience that in almost every performance problem, there is rarely a single cause. In your case, I think there are three, possibly four causes: