posted Sep 17, 2020 1:34:45 PM
Topic Labels: Automations
2 1531 8
Turn on suggestions
Auto-suggest helps you quickly narrow down your search results by suggesting possible matches as you type.
Showing results for
Search instead for
Did you mean:

So I set up an automation and am receiving an error message that I can’t quite work out.

Anyone know how I can get more clarity on what specifically is happening? 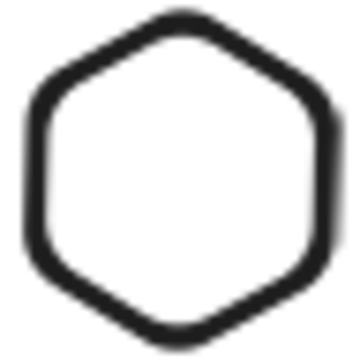 Having the same problem! Automations were working fine, now they have stopped :frowning:

More details would help in both cases. Is the problem occurring in the trigger, or in an action? Could you share more detailed screenshots of your automation settings? The more detail you can share, the easier it will be for us to help (if we can help; it’s possible this is an issue that only Airtable support can address, but without more details about your specific situation, it’s difficult to know for certain.)

@Membership_Superuser Could you share more info re: why you’re using the “Create record” trigger for your automation? Are the new records being created via a form? Are you making them manually? Are you pasting data from another application?

Hey @Justin_Barrett! Thanks for all your help over the last few months!

The automation works fine when testing, and when inputting values manually. The problem only occurs when records are being created by a form.

The automation is a fairly simply one,

And the error message occurs as the automation is unable to read the input of last field, ‘Start Time’. The input record is a ‘formula’ which has an output that is recognised as a date field.

What I am trying to achieve, amongst other things, is for consultants to submit their availability by a very simple form, and then use a mix of automations, datetime_parse and other formulas to break down that availability by the hour, and repeat relevant dates.

Again, this automation works when inputting manually, or copying/paste. It almost seems like when using the form, Airtable doesn’t have time to compute the datetime_parse formula. Although I’m sure I’m almost certainly wrong…

Anyone following, I found a temporary solution using the formula @kuovonne outlined here.

It did seem that the automation was moving too quickly to calculate the complicate DATETIME_PARSE and DATEADD formulas. High chance I could be wrong though!

@brianfrumberg I noticed in your screen capture that you are using the When a record enters a view trigger.

I realize now my initial screenshot/explanation may have been confusing.

The automation was live and ran successfully 80+% of the time. On the ones that failed to run showed the below message. Since it was super vague and unhelpful I played with the automation so that one of the records that failed would be the “test record” to see if I could get more details (I didn’t). My original message included the fail from this testing.

I have built an extremely complex CRM that started off as a very different database. It was meant to be temporary but it now looks like this needs to permanent. In other words, had a set out with this end in mind I would have built everything very differently.

We have two types of clients, “New” and “Established”, with different processes so each lived on its own table and there were connections between the two. Since this is now permanent we need for “New” clients who meet certain conditions to move to the “Established” list.

That record is created on another table and about 40 fields are input with all except 1 being data that is pasted for from the triggering record.

Hopefully that will help.

Any assistance would be much appreciated!

Thanks for the details. However, I’m now confused in a different direction. Originally you said that your automation used the “When record created” trigger:

The automation is “Create a record” and I am updating about 40 fields.

Now you’re saying the trigger is “When record meets conditions.” Which is it?

This is just a stab in the dark, but did you mean to say in your initial post that the action (i.e. the action that is failing) is “Create a record”? Just to clarify the terminology, the automation is the entire structure—trigger plus one or more actions.