posted Sep 15, 2021 12:40:38 PM
Topic Labels: Automations
0 1182 12
Turn on suggestions
Auto-suggest helps you quickly narrow down your search results by suggesting possible matches as you type.
Showing results for
Search instead for
Did you mean: 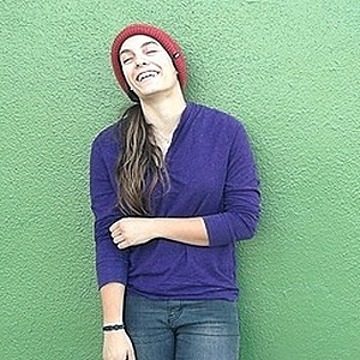 I’ve encountered this problem a number of times now.

I have many automations set up for various projects. Seemingly randomly, some of my automations will rapid fire 10-20 emails to the recipients. These “runs” are not shown in the “run log.” It only shows that automation running one time. However, the email recipients receive multiple emails of the same record.

It’s a huge problem for us, as we are using these automations to run projects for our clients and I don’t want to spam their email inboxes.

Anyone else have this happen to them?

I have tried changes my trigger from a “matching conditions” to “entering a view” with a specific filter. No luck. Again, it doesn’t happen every time, only with certain records. At first, I thought maybe it was if the attachment file was too big, but that doesn’t seem to be the case. 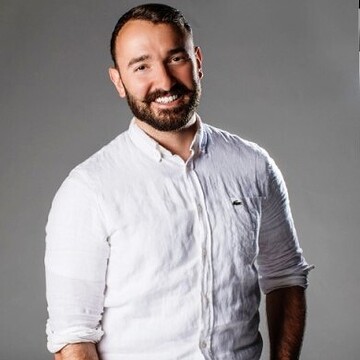 Back when I had a zappier account, i had it linked to my outlook to throw out emails. any way, I changed a view filter which was referenced by my automation. I blasted about 1200 unwarranted charge back emails to vendors. Almost got me the boot

It would be great if airtable implemented some type of flood control. EG: stop and wait for go given some amount of automation triggers per second.

Regarding your problem, i doubt it is Airtable. I would turn the problem child off and error check.

@kuovonne charges 45 ducks for 30 minute sessions. Rumor has it she was born the same time Airtable lauched. I would go solicit her if the error hasn’t been ironed out yet.

This would indicate the problem is in whatever code runs as part of your automation.

Or that it might not even be on the Airtable end, if you’re using no-code middleware like Zapier.

Either way, it’s impossible to say for certain without delving into the whole system, so like Allen already suggested, you’ll want to look into hiring help. There’s a subforum for that, leave your contact info and you’ll probably have half a dozen offers in your inbox by the end of the day.

And if you already paid for someone to write that automation, I suggest contacting them and ask for a debugging session. I’d say it’s unlikely they’d want to charge extra for fixing shoddy work.

Thanks! Yea, my IT support also thinks it is not airtables fault.

Haha, well unfortunately - the shoddy work is my own :grinning_face_with_sweat:

I don’t have any code happening in the Automation. Just a straight conditional trigger to send email action.

Probably would be best to solicit some help. Thanks!

It is very strange that the runs are not showing up in the log. Could you have multiple automations and it is actually some other automation that is firing the extra emails?

You also need to be very careful with your trigger, especially if the conditions depend on fields that are typed.

I went ahead and booked some time with you! One of my collogues seem to think it only happens with 15mb and larger file attachments. I’ll double check that.

No typed fields in the trigger, but the conditions are a little precarious, potentially. Although when I had trouble with conditions in the past, it would always show duplicate runs in the run log. Makes me think that maybe the email recipients are somehow bouncing the email back to the automation in a loop of doom?

Maybe that’s not how the interworking of emails work. :upside_down_face: But I definitely admit, I’m lacking serious knowledge in that arena.

Haha, well unfortunately - the shoddy work is my own :grinning_face_with_sweat:

That’s only unfortunate if you don’t make this a learning opportunity. :slightly_smiling_face:

Understanding highly abstract stuff like software is difficult enough, but learning to create applications (an automation is essentially a program, no matter the size or whether the creator has seen any code) - that’s a whole different ball game.

Taking ones and zeroes representing electrical charge and turning them into automated notifications landing in our pockets is one one of the most difficult things we’ve ever accomplished as a species. So what if it takes some time to fine-tune the quantity? :joy:

And even if the root cause ends up being something nonsensical that no one could have reasonably predicted (which is often the case because the way computers reason doesn’t come naturally to anyone sane), the situation can at the very least be a lesson on the importance of testing in software production - test early, test often, test everything, including your tests.

I wholeheartedly agree!! Thanks for the encouragement! :blush: :smiling_face_with_sunglasses:

I’ve been having the same issue! Automation Run History shows it’s runs successfully, once, but despite that, multiple duplicate emails are being received. It seems like it’s happened a few times over the last couple of weeks, but it’s happened many times this evening.

We have a few different automations set up to send emails triggered when a record matches conditions. It’s a pretty simple trigger. We have some Airtable forms set up that team members complete, and the automations watch one or two single select fields towards the end of the forms. Once the forms are submitted, the emails then get sent to multiple email addresses - one entered into the form, two that come from a formula field based on a single select field in the form, and a list of other email addresses.

We have completed about 300 forms over the last few weeks, with the vast majority successfully triggering emails. Occasionally the automations fail due to large attachments or email address typos, and in these cases the records can be updated and resubmitted, triggering the email automation successfully.

The multiple email issue doesn’t happen consistently, only occasionally, over the last couple of weeks, though today it has happened many times. When I first noticed it happening this evening, I went to view the record and accidentally changed the field that triggers the automation, and it again resent multiple copies of the same email to the email list.

I have now temporarily amended the automation to just email directly to me when triggered, in an effort to test and fix the error, but since doing this I haven’t been able to recreate it so am a bit lost.

Any advice would be greatly appreciated!

I’m sorry you are experieing it too, but it does feel good to not be the only one having this issue. I will report back if I find any solutions.

Right now I am exploring the idea that it might be when the email attachment is greater than 10 or 15 MB. Do the emails from your automations have file attachments?? If so, could you check the duplicated email file attachment sizes?

Thanks! :slightly_smiling_face: Let me know if you have any theories or solutions!

For me the emails do have attachments. I’ve found a useful Mini Extensions plug in that can easily calculate the file size of any attachment fields in Airtable and populate a field with the size number which might be useful to you if you use Mini Extensions: Calculate Airtable Attachment File Sizes - miniExtensions for Airtable

I have gone through all 300+ report emails and as far as I can see this issue has only happened 8 times, 6 of which were in the last 48 hours, triggering a total of 53 dupe emails to the mailing list. In those 8 instances the size of attachments were as follows:

While some of these file sizes are large, it’s not consistent. Over the past 48 hours there have been multiple reports submitted and emails triggered with more than 10-15MB that have sent successfully.

Previously when people have uploaded too many photos to the form, I have got an Automation Failed to Run email, and when reviewing the run history it has said “The total size of the message + attachments cannot exceed 25MB”, which would suggest it should handle up to 25MB.

These forms are submitted by many different people, but interestingly 4 out of the 8 reports that triggered the multiple emails were submitted by the same person. My pet theory is that they might be hitting submit on the form before the photos have finished uploading, which might explain why it happens more often for bigger attachment files but not consistently. Given that it’s happening for the one person repeatedly, perhaps it’s because their internet is slow…?

Your theory might be onto something. When I met with @kuovonne, they mentioned that the attachment “process” is a multi-layered operation. It could be possible that it is somehow related to that - and it is getting tripped up somehow. I don’t have the proper technical language to explain it…but it sounds like we are all on the same page-ish.

Also, does the body of your email drastically change in length for your automations? I know the email itself is part of the byte transfer…so mayyyybe those smaller documents that are closer to 10MB could be pushed over the size trigger limit when combined with the email message body size?

I need to put in an email to the airtable support team and maybe they can help shed some more light on the issue.

In the meantime, I am going to set up a work around using that mini-extension to “flag” documents larger than 10MB to then send a different automation for large documents that sends a link to the attachment in the email body, instead of attaching the file to the email.