Worried that AirTable is going downhill

posted Sep 26, 2022 12:11:09 AM
1 759 21
Turn on suggestions
Auto-suggest helps you quickly narrow down your search results by suggesting possible matches as you type.
Showing results for
Search instead for
Did you mean: 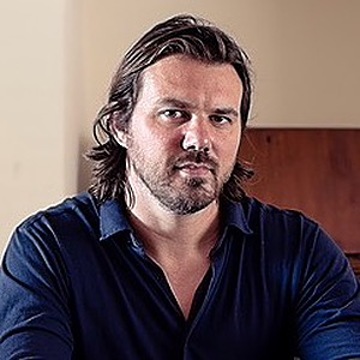 First off please accept this in the spirit of genuine concern and not moaning or such.

AirTable is an important part of my business, and indeed a joyful part of my life as a tool that gives me immense value.

However, there are things that I am noticing that are starting to make me worried, and wonder if AirTable is going downhill.

I’m worried about this because I had the same experience with Evernote. It was an excellent product for a long time, and then it stared going down hill. It’s now a worse product than it was at its place of best usage to me.

AirTable was a very consistent product. That’s what I liked about it. But I’m starting to notice inconsistencies, and it’s really worrying me.

Is anyone else feeling this?

To be clear, I said neither of these things.

You’re right — I mis-characterized what you said by placing it in the context of my reaction (which was not its original or intended context). I’m sorry for that. I wasn’t disagreeing with you so much as reacting to what I saw as an idea that could potentially drive an already despairing Airtable user to despair even more.

Even though you neither said, nor intimated, that building deep dependencies in any given software tool is a bad idea, my mind saw that as a potential interpretation by readers feeling the pressure of their decision to invest in Airtable’s architecture. I know what that pressure feels like, and so my protective half wanted to lend some assurance on the other side that a bet on Airtable was not a bad bet.

I really don’t have a whole lot of stake in Airtable other than enjoying using it for personal projects, so it’s not that I’m trying to defend Airtable, right or wrong, my Airtable. It’s just that I think using Airtable as a business platform was, and still is, a great decision for most people, despite its shortcomings.

Again, I’m sorry for having taken your words out of context with those scare-quotes. That was uncharitable.

my protective half wanted to lend some assurance on the other side that a bet on Airtable was not a bad bet.

Totally get it - I knew that was your intention, and I agree - it’s a great bet.

This thread was specifically focusing on Airtable with a possibly uncertain future based on some present-day observations, so there was already a tone of caution in the air. But the issues raised are not surprising, but also not indicators of a platform at risk. Airtable is on a tear with improved releases.

All products struggle to be everything to everyone. Perfect fit is not an exact science, so we adapt. If history is any indication, the odds are very high that something better will come after Airtable. What that may be and when, is pure speculation. If Airtable isn’t displaced in the next ten years, it will be a surprise.