posted Oct 17, 2020 7:54:48 PM
Topic Labels: Automations
4 1039 6
Turn on suggestions
Auto-suggest helps you quickly narrow down your search results by suggesting possible matches as you type.
Showing results for
Search instead for
Did you mean:

Perhaps old news to most of you, I’m still recovering from a crazy week and catching up on some of the news items.

Yep - with the announcement of Integromat’s acquisition the consolidation of no-code integration platforms (aka, glue-factories) has officially begun. We can soon expect others such as Tray, Parabola, Boomi, KissFlow and maybe even Zapier to get swept up by the likes of big tech and some very strong enterprise platforms which will have us saying - Wait! Who?

It’s only a matter of time and honestly, these companies have got to see the writing on the wall. With every automation feature Airtable adds, you have to imagine the aftermarket of process automation demand has got to be seeing a few dents.

Google Tables and Microsoft Lists both emerged with bot-like features on day one and the inherent ability to roll your own integration - albeit through script. But isn’t Airtable the same? The no-code platform offers so many script options I refer to it as the #not-only-no-code movement.

If you think Integromat will sustain its consumer/no-code posture into the future, you’re probably in for a surprise. But this is not unusual. In fact, it’s customary for significant changes to bubble up soon after a technology acquisition.

One thing is pretty clear - Cleonis didn’t acquire Integromat to purchase customers or sales. The annual revenue for 10,000 customers on Integromat is likely the equivalent of a quarterly sales rounding error for Cleonis. Ergo, the revenue from Airtable users is smaller than a flea in their grand strategy. If very Airtable/Integromat recipe went away tonight, Integromat might notice, but Cleonis surely would not.

“Building out an enterprise class yet consumer-grade way for end users to design automated responses is a critical capability needed to improve control over process execution.”

This suggests Cleonis bought Integromat, not for the current customer uses cases, but for a whole new class of enterprise users who - like all of us - prefer a good consumerized UI/UX to glue stuff together.

Integromat had a good run - they validated the model and built a beautiful UI using consumers as the prototype/target use case. Now they enter five stages of transformation:

This is anyone’s guess but my money is not [immediately] on Zapier for now. While they have an equally compelling story, a relatively solid customer base perhaps approaching a million paying users, and a decided advantage as a US company, I think there will be a few more consolidations at the edge involving some of the smaller integration players. But, I have to believe Zapier is in talks with some big tech firms and a few that might be surprising to learn about. Zapier also has a good profitability run going since 2014 and very little debt - this would be a sizeable acquisition for the right buyer but it’s likely nearing the time when it makes sense.

I’m not a fan of the The Committments, but their title song Nowhere to Run started playing in my head as I penned this doomsday snippet.

It’s not love I’m runnin’ from, just a heartbreak I know will come

It’s not a secret - I have never been a fan of glue-factory integration and for many reasons. However, I have been a tolerant promoter of these tools as a basis for rapid innovation.

As vendors (like Airtable) release better and more capable no-code or little-code automations and integration options, it will defend the likely turbulence that is on the horizon for third-party application adhesives. In that sense, it is now far more critical that Airtable insulate its customers by stepping up the integration features.

Imagine a world where Zapier and Integromate are wholly unnecessary. That’s where all vendors should be leaning. Through pervasive webhooks and event handlers surrounded by process automation, the third-party no-code application integration model could be made entirely obsolete, a prospect in reach by vendors with resources. 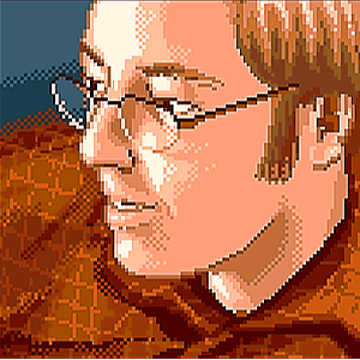 @Bill.French Excellent thinking. Sadly enough, I come to similar conclusions on my side too…

Evolution always bring upheavals, which involve and require adaptation. It’s not a bad thing in and of itself, but it can get quite frustrating that these so-called changes always tend in the same way…

Thanks for the wrap-up and the article / interview summaries.

Thanks for the kind comments.

It’s not a bad thing in and of itself,

Indeed. It’s just a “thing”; part of the evolution of free markets. We can always count on something to change in tech especially. Integromat might surprise us and continue on indefinitely supporting free users for tools and vendors that have little to do with Cleonis. However, the market Integromat will soon find itself immersed in – and deeply influenced by – has very different objectives and will likely disappoint many of the existing users in due time.

the market Integromat will soon find itself immersed in –and deeply influenced by– has very different objectives and will likely disappoint many of the existing users in due time.

The new pricing structure for Make.com is horrible. It’s only a matter of time before legacy customers are forced to upgrade at 4x the cost.

Lastly, if you were relying on purchasing 100K additional IOPs to cover overages, they’ve discontinued that UI, so now you have to purchase them in increments of 10K (at most) – this is insane for most small businesses.

There are workarounds in Make.com, but I’m fearful of sharing them, because it’s likely Make.com will just turn them off to further alienate their small business customers. 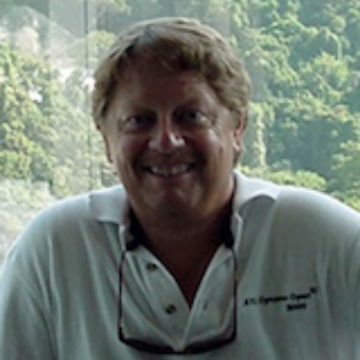 so now you have to purchase them in increments of 10K (at most) – this is insane for most small businesses.

16 months ago I tried to warn everyone…

Adjust the pricing to create additional attrition while shifting attention to their own partner vendors.

because it’s likely Make.com will just turn them off to further alienate their small business customers.

You should not be fearful about something that’s already happened. They have already done this and will continue to do this more aggressively.