Updating a table from a synched table

posted Jan 10, 2023 6:54:00 AM
Topic Labels: Automations Sync
0 185 5
Turn on suggestions
Auto-suggest helps you quickly narrow down your search results by suggesting possible matches as you type.
Showing results for
Search instead for
Did you mean:

I have a table from the Strategic Planning base I am synching to a table in the Marketing base.

I created an automation to create a record in the Requests table of the Marketing base when a record in the synched table contains certain data.  This is working brilliantly.

However, if someone changes a field in the Strategic Planning base (i.e. due date) base, and the date is updated on the synched table in the Marketing base, I want the data to update on the Requests table too.  I cannot seem to configure the update record automation correctly.

This is the error I am receiving: 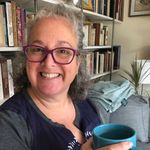 It sounds as though you might be missing the "Find Records" step in your automation.....

When you create a new record, you don't need to find anything, you just schwack a record onto the table and you're done. But in your case, you need to go and find that record that you created before and schwack the new due date on top of the old due date.

Your trigger is "When a record is updated," and you have 2 actions:

I need a little insight on finding the right record.

Do you have any suggestions on building a query to locate the record that should be updated?  I can't do something as simple as find a record with 1/1/2001 in the due date field because that information would vary depending on what was schwaked from the synched table.  (LOVE that word BTW - totally incorporating it into my vocabulary!)

I would need to say if the record on the synched table changes, then find the record created by this synched record and then update it to match its current state.  Does that make any sense?!?!?

I can tell the way I usually do it, although others might have different methods.

On to the automation. The trigger is "When a record is updated" and you add whichever fields you want to watch in the synced table. Your first action is to find the record in the Requests table that correlates to the record that was changed in the synced table, which is easy because the Record Trace is the same for both of them. So you find records based on a condition, use the little gear icon on the right of the conditions to make it dynamic, and choose Record Trace [the one from the synced table that just got changed] is Record Trace [the one in the Requests table that was created by your existing automation]. You should only be getting one record. If you're getting more than one, something is amiss.

Once you've found that record, your next action is to schwack (I love that you are adding that to your vocabulary!) the new date from the synced table to the Requests table, and you do that by updated the **actual** record ID of the record you just found in the Requests table.

you don't want this

And then you have some chocolate, or knitting time, or a nice gin & tonic, or a cuddle with your pet. You deserve it!

This is very helpful!  Thank you!!

I am still getting stuck - user error, likely.   I was able to create the Record ID Trace field in all the right place and find the right record.

Now that I am in the Update Record section, I am getting an error.  I have a hunch I am missing a step or two.

When I initially find the record - I am searching for the one in the Strategic planning table, correct?  When I tried to search in the Requests table I didn't get any results.

Also, When I am updating the record in the requests table - what am I supposed to use for Record ID?  The Airtable record ID?  I keep getting "the record does not exist." (see screen shot)