posted May 17, 2021 6:22:57 PM
Topic Labels: Base design
6 1568 2
Turn on suggestions
Auto-suggest helps you quickly narrow down your search results by suggesting possible matches as you type.
Showing results for
Search instead for
Did you mean:

I’ve become pretty proficient in Airtable over the last year and have used it for countless purposes. However, this one is stumping me a bit.

Within the same table, I want to link record A to record B, and have that link show up in two separate columns indicating the relationship. Example…

I’m creating a base to track cattle for a farming business. One table will have “inventory” to track all of the cattle; previously and currently held. Some cattle will produce offspring and I would like to track this in the same table by using linked records. I would like one column to indicate the parents and a separate column to indicate children/offspring. Here is a basic example:

Obviously, the table would track much more information than this, but the link is where I’m having trouble. By adding “parent” to one column, I want the linked record to show a cross-link under the offspring to show the relationship.

I’ve been able to do this by creating a 2nd table that links “family ties” and shows the relationship that way, but I’d prefer to use just one table.

I also tried using automation, which works great if there is just one link. The second I add a second child or a 2nd parent, Airtable can’t determine which record(s) to update.

Welcome to the community, @Tyler_Thom!

Unfortunately, this is one of the biggest flaws in Airtable, and nobody can figure out for the life of them why Airtable made the decision to not automatically cross-link records within the same table.

Please be sure to send an email to support@airtable.com to let them know how important this feature would be to you. Everybody who uses Airtable would greatly benefit from this feature, but so far, the Airtable team has steadfastly refused to listen to us. I think they take pride in not hearing us. Lol.

In the meantime, the only way to accomplish this would be to implement your own JavaScript that accomplishes this. Here’s a script from @openside that does that for you: Same Table Linked Records Backlinks | BuiltOnAir

(You could also use a low-code automation tool like Integromat as well, if you don’t want to dive into scripting.) 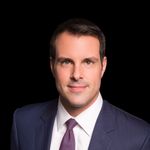 I recently came across this issue. It's surprising and frustrating that Airtable does not automatically cross-link records within the same table. I just emailed support to highlight the importance of this. It's a strange omission for an otherwise amazing tool.