posted Nov 21, 2020 1:13:39 PM
Topic Labels: Scripting extentions
0 1025 3
Turn on suggestions
Auto-suggest helps you quickly narrow down your search results by suggesting possible matches as you type.
Showing results for
Search instead for
Did you mean: 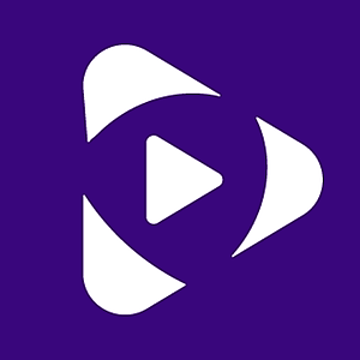 I was getting help a little while ago on a script a month ago, and I’m trying to apply the old script to a new use case, and having a bit of a problem.

I’m having another issue upstream through an integration that is removing the file name. This problem is a bug that doesn’t look like it’ll be fixed in the short term, so I thought if I reuse a name script I’ve been using, it should solve my problem.

The only issue with the script is in the current version it was built to maintain the extension, IE: PDF, MOV, MP4, etc… but I want to completely rename the file via the field I have on my database.

When I’m using this right now, it’s for some reason adding the name of the file at the end of it when the name changes…

I’ve spent nearly 1.5 hours trying to solve this in different ways, but can’t figure it out. Does anyone who is better with scripts know how to change this?

This is what it is currently giving me, and I don’t want the weird stuff at the end… I want it to end at .PDF, which it’s currently pulling from the name field.

I suddenly started getting this error on this forum that’s been working for months, but it is not affecting it’s from working, just when I test it. Should I be concerned?

Hi @Cameron_Goldberg - I’m not exactly sure I’ve got your scenario correctly, but it sounds like you’ve got an attachment and another field with a filename in it, like this:

If there’s only one attachment in the Attachments field and a single filename to go with it, something like this will work:

On the error, if the ATTACHMENT field is an Attachment type, then it is an array and should be iterable (as in the script above).

Thanks for adding some color context on this. I missed your notification initially until now, so sorry for the delay.

So, sorry if I didn’t explain the use case correctly.

TLDR: file names of imported files are imported like this:

The files are DOCX or PDF, so we rename to PDF they always work.

Anyways, to your question above, we actually generally have multiple files about 50% of the time. I gave it my best shot this week (Before I got your notification) to edit the the scprit:

The above script actually worked for 2 or more files and has been working, but unfortunately calls both files the same name… so ideally I could add a “+1” to it at some point…

Secondly, it actually deleted 2 files (BIG PROBLEM) today when uploading after using the script 100 times without problems… So I’m a little stumped. Perhaps you know why?

I’m curious about your thoughts.

just a bit more context, this is what normally happens:

this is what happened and it’s super concerning:

and what is strange is the file is correct on the one that was removed… anyways, throwing a lot of extra info so you (or anyone) has context.