posted Feb 18, 2021 1:12:16 PM
0 376 3
Turn on suggestions
Auto-suggest helps you quickly narrow down your search results by suggesting possible matches as you type.
Showing results for
Search instead for
Did you mean: 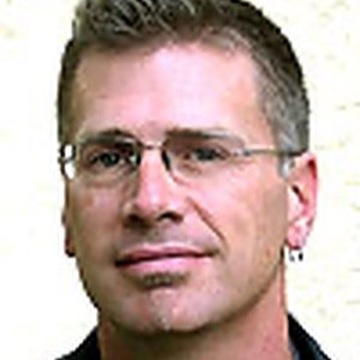 Our volunteer organization took in the personal info of 600+ volunteers via a form.

Now we need them to update their records via a second form so that they don’t have to fill out the first (very long) form all over again.

This seems to be a logical solution …

Hello All, I have some fields in my database that are mandatory at different stage. I want to do a form with the first fields for the first time, and then send another form prefill and update the record. I do not see how to update. Is there a way to do it ? thanks

… but it requires the user of the second form to identify their existing record via lookup - say, by inputting an email address.

Unfortunately, setting up the second form to do a lookup on email address (via an +ADD control on an “email” form field) exposes the email addresses from all the other records during lookup.

Using First Name (instead of Email) as a lookup is slightly less risky; It would have the user find their name amid the first names of 600+ existing volunteers). But with some people sharing the same first name, we risk the User updating the wrong record.

I’m familiar with Automations, but couldn’t find a way to set one up that does the lookup.

Hi @Mack_Reed, and welcome to the community!

Unfortunately, setting up the second form to do a lookup on email address (via an +ADD control on an “email” form field) exposes the email addresses from all the other records during lookup.

The right way to do this is to broadcast a message to all users with an embedded prefill form URL that allows them to submit the update without requiring they identify themselves. The form URL would have their user acct ID or email included such that you’d be able to match up their responses and integrate the updated information through an action script when the data is received.

Thanks for your fast reply, Bill!

Unfortunately, we don’t have the engineering resources (meaning it’s just me, and I’m a WYSIWYG technologist) to convert all the user record IDs into individual emails, let alone integrate everything easily upon receipt.

I’m open to any ideas that might take advantage of the way bases, tables and forms are constructed and can be manipulated via automations. Thoughts, anyone?

Hi @Mack_Reed - the low-tech way to do this is to create another table with a similar set of fields (but presumably a smaller number of fields from your description). Have a form on this table and get users to fill in with some identifying attribute, e.g. email. Now with some table linking and a bit of manual data wrangling you can match on email and lookup fields from the new table into the old table. Then overwrite the old table fields with the new table values. You could apply some automations or scripts to these, but perfectly possible to do it by hand too, without too much effort.